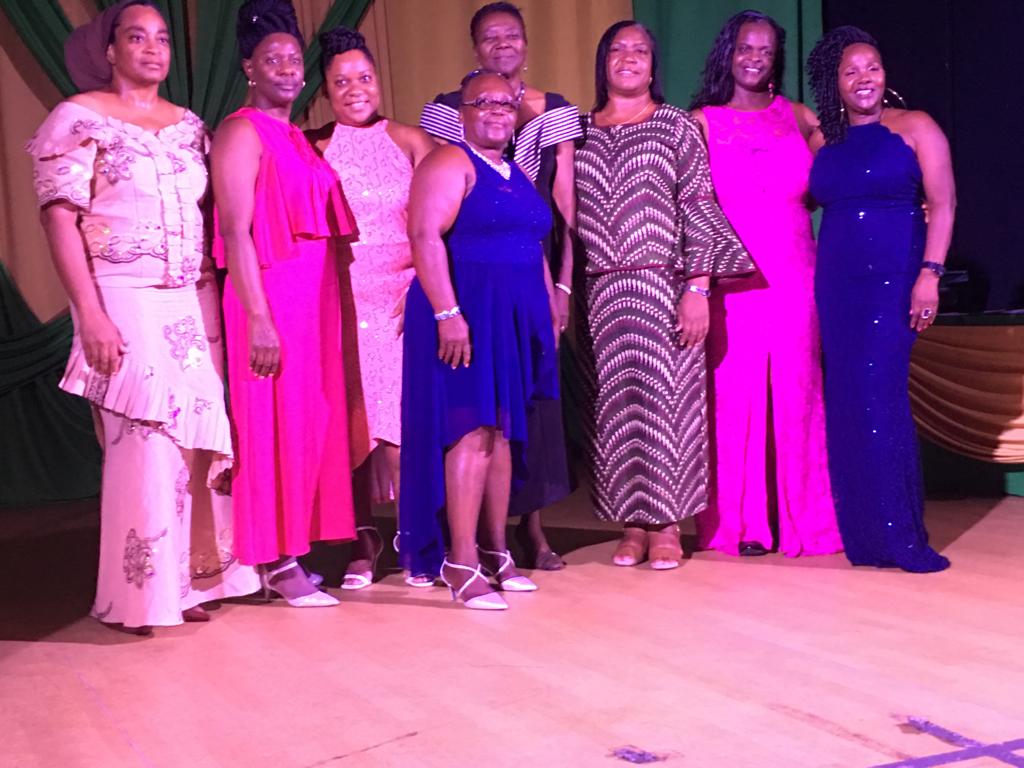 On June 29, 2019 the Nurses Association on Montserrat hosted an Awards Dinner and Banquet at the Montserrat Cultural Centre Auditorium.  The Association used the opportunity to demonstrate its gratitude to a group of nurses on Montserrat who have contributed to the wellbeing and social development of Montserrat over a number of years.

For 20 years of service to the profession and for their contribution to the Nurses Association: –

For their valuable support to the Health nursing staff at the Hospital the following persons were given gifts: –

The Chairperson for the evening was Mrs. Lorraine Nanton.  The Government of Montserrat through Minister Claude Hogan was in high praises for the nurses and the dedicated work they continue to do for the people of Montserrat.

Montserrat hosted its first ever Red Ensign Group Conference during the week April 1 to April 5, 2019 at the Montserrat Cultural Centre in the Sir George Martin Auditorium.  This conference brought together over 70 delegates and government representatives from United Kingdom, 9 delegates from the British Overseas Territories and 3 Crown Dependencies. One of the main purpose of the conference included discussion on matters related to best practices in order to enhance the performance of the British register in the international arena and to note and discuss the challenges of meeting the Coastal State obligations.

Opening remarks were given by the Honourable Donaldson Romeo Premier, Special remarks by His Excellency the Governor, Mr. Andrew Pearce and special remarks by Ms. Katy Ware, the chairperson of the REG Conference.

In this sickly season when the smell of death

pervades the atmosphere, the passing

of Professor Irish creates a sad and gaping hole

more than six feet deep in the ranks of the good

and great of Montserrat. The usual euphemisms

disguise the earthquake, occasioned by his fall;

he left us with a burning ache in hearts

of family and friends, and the list is long,

activism and the rights of genuine Montserratians,

and he was a practicing believer from early morning.

That elder Irish ended up in the pulpit is no surprise

to us acquainted with his pilgrim greening,

and his venerable grandmother; in many senses,

he was well rooted, local first before universal.

when “icon” is liberally distributed as klim

in our impoverished childhood, it seems beggarly

to so endow him, I dub him a Montserrat avatar

which carries spiritual overtones, in honour

of his enormous gifting which he generously

appreciation; his legacy is wide and long.

Versatile musician, he taught us how to sing our songs

of home and hope in tuneful melody,

and Montserratian voices gladdened the air

while birds hummed our songs in Trinidad

with echoes in Barbados. You could’t fence Irish in.

With his searching intellect, he taught their story

and their folkways to the people in palatable pieces,

this apostle of enlightenment; he gave new meaning

to popular education and community upliftment.

Irish taught all classes and conditions of people,

and made them teachers also, liberating learning

from traditional walls and broadened the classroom too.

Irish wrote his name on the trade union movement

and saw culture as spirit and lifestyle,

which he wisely elevated to the national stage,

to the condemnation of a myopic Plymouth elite.

George Irish was a pioneer, indeed a revolutionary;

it is a fake history that omits his role

in the Saint Patrick’s Day story, the attendant festival

and the economic whoop and holla; his nyam-nyam

His activities are far-reaching and abiding;

he is our proud export to America, our treat.

If I am allowed a meaningful cliché, Dr. Irish

was a colossus worthy of our tears; his music

and the music of his life will resonate endless years. 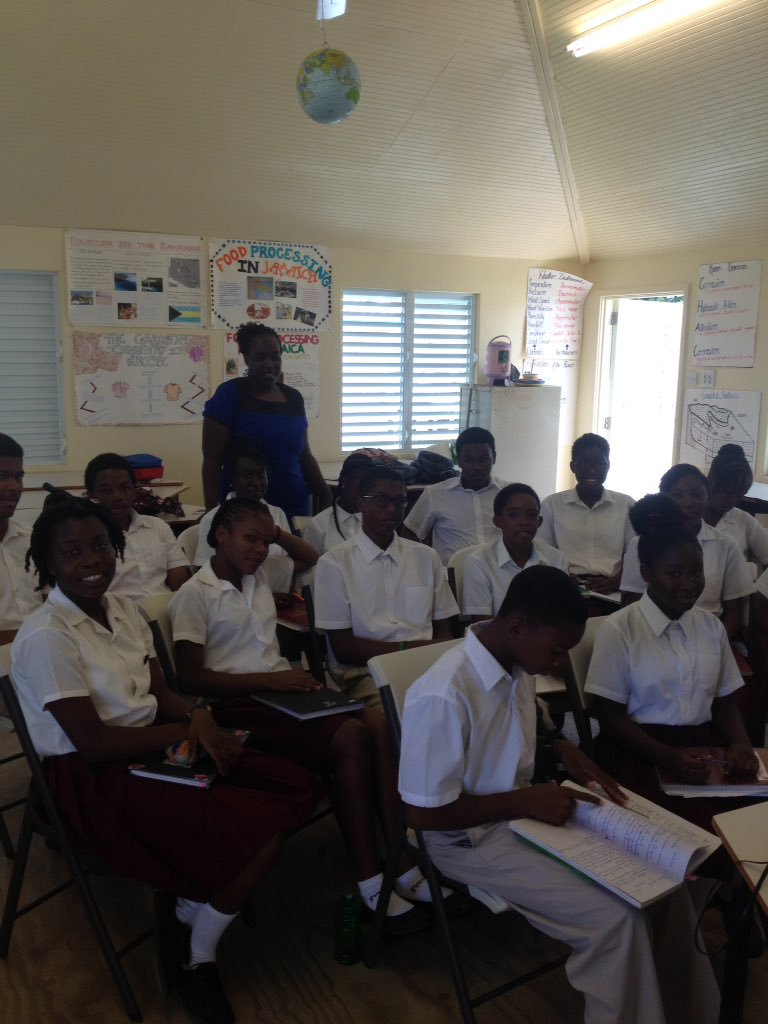 The Ministry of Education will be hosting a workshop for both teachers and students at the Montserrat Cultural Centre on the February 5thto the 7th, 2019 aimed at re-designing the way teachers teach and how students learn with a view of promoting a learning culture of safety and resilience within the schools on Montserrat.

The objectives of the teacher and student training workshop includes:-

The focus will be upon the youths as the active subject who should be able to influence his or her own world, rather than adopting a passive approach to resilience and survival 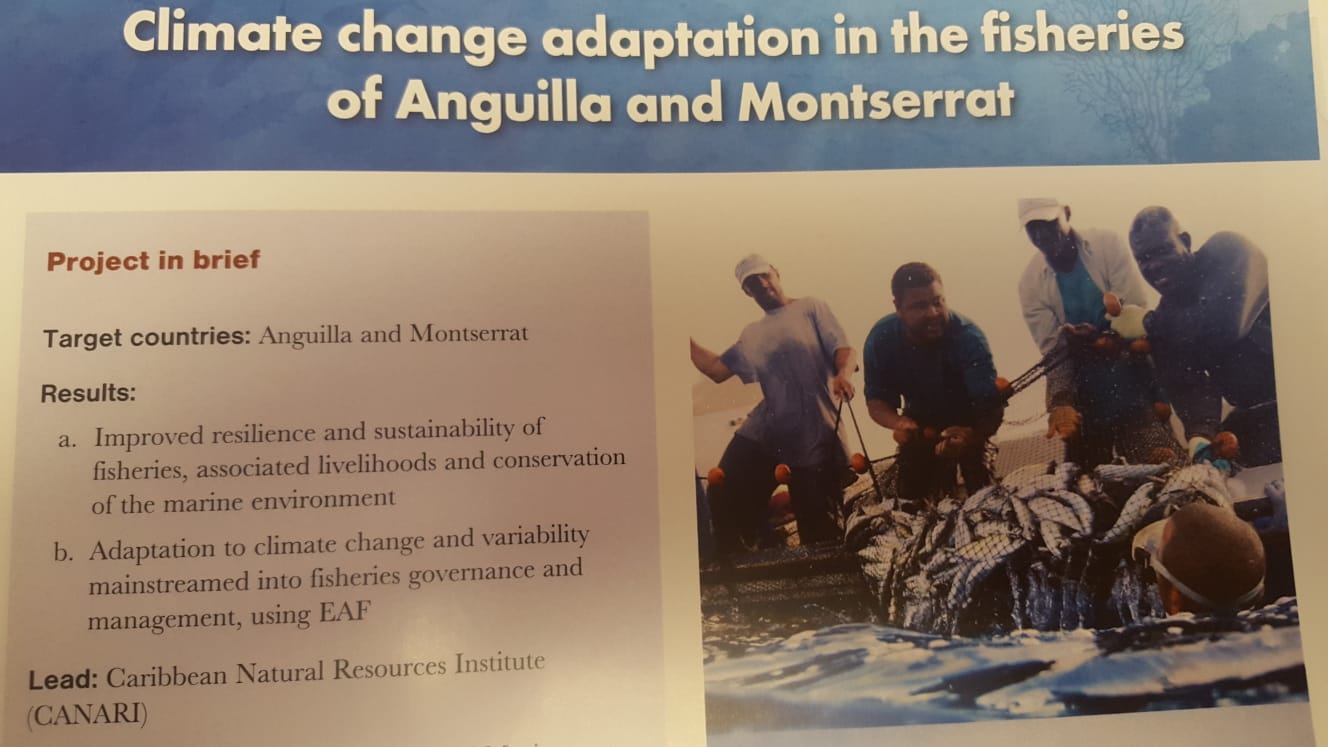 CANARI is working in partnership with the Department of Fisheries and Marine Resources – Anguilla, Fisheries and Ocean Resources Unit – Montserrat and the Centre for Resource Management and Environmental Studies of the University of the West Indies to implement a 3-year project Climate Change adaptation in the fisheries of Anguilla and Montserrat.

The CANARI representatives will be holding a 4 day workshop at the Montserrat Cultural Centre conference room with government agencies, civil society organisations and private sector representatives to integrate Ecosystem Approach to Fisheries (EAF) in fisheries plans land policies and to work with the fisher folks and their organisations to build capacity for EAF land stewardship of coastal and marine resources, and also to consider similar initiatives that may be supported through small grants. 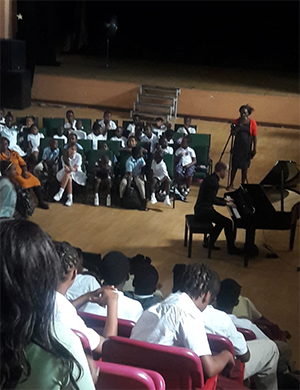 A number of students inclusive of the National Youth Choir were today treated to a musical educational concert hosted by the Ministry of Education in conjunction with the Montserrat Foundation through its on island representative Mr. Brian Hosefros.

The children from the Montserrat Secondary School and from the Primary Schools were entertained by Evgeny Kuznetsov a pianist from Russia who is here as a guest of the Montserrat foundation.  The children were treated to classical music and were quite pleased to hear him play of the popular known soca song “Hot Hot Hot’ from the late Alphonsus “ Arrow” Cassell from Montserrat. 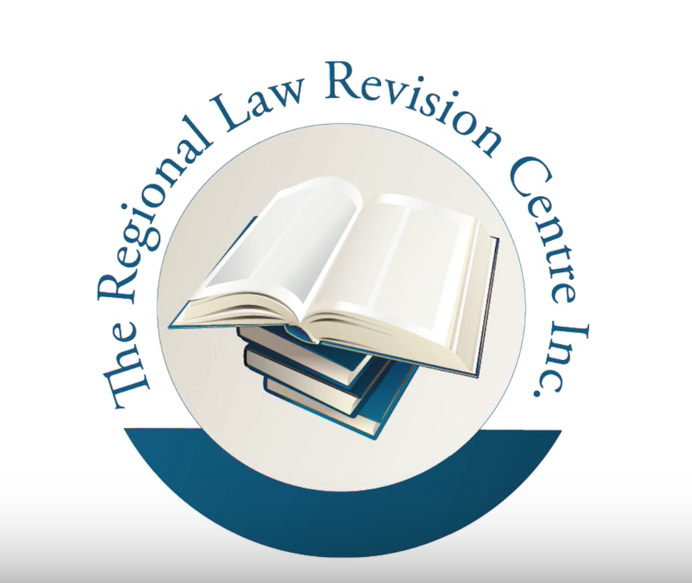 The Law Revision Centre was incorporated in Anguilla on 11 January 2007; with an Opening Ceremony on 28 September 2007 at its address: Hannah-Waver House, Caribbean Commercial Centre, The Valley, Anguilla.

The Law Revision Centre was established with financial support and logistics mainly of the Department for International Development (DFID) of the United Kingdom Government (UK) …Visit www.lawrevision.ai to Find Out More 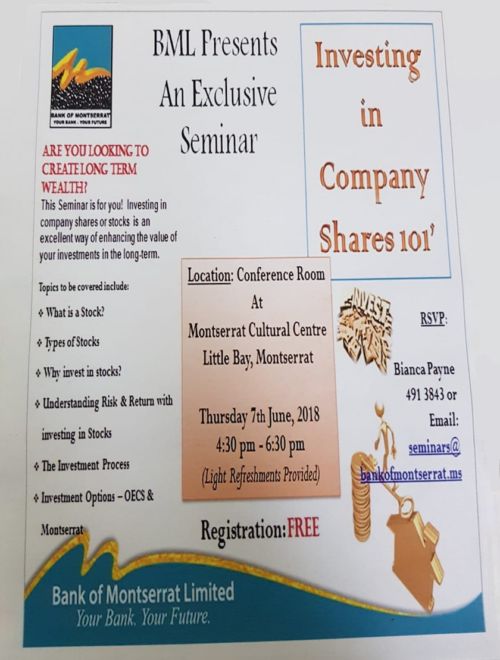 The Bank of Montserrat continues its quest to raise its share capital in conjunction with the requirement of the 2015 Banking Act which stipulates that the Banks minimum paid up capital must be at a minimum of EC$20M. Management from the Bank have had many meetings around the country, including meetings with Government workers, the private sector and NGO’s. On Thursday June 7, 2018 from 4.30pm, the Banks Senior Management will be having a Seminar at the Montserrat Cultural Centre Conference Room where they will be discussing in greater detail about stocks, types of stocks, its benefits, risks, the process involved etc. This seminar is for everyone especially for those persons who are interested in investing but are still not familiar with the process and would like some clarity. 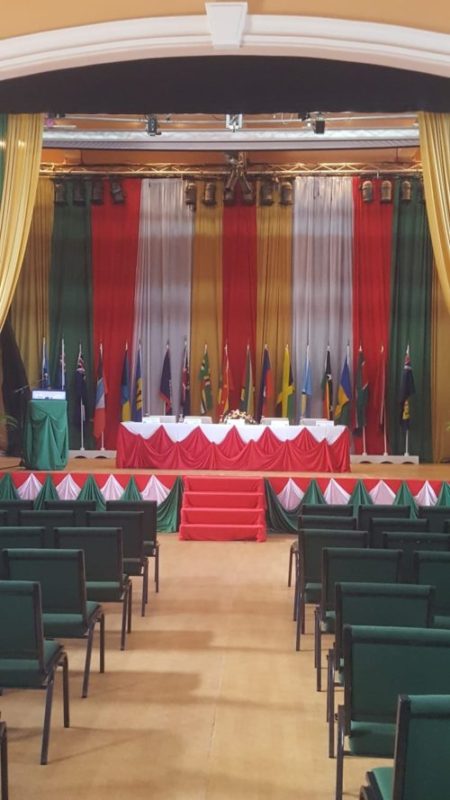 The 12thmeeting of the Ministerial council of the Caribbean Regional Fisheries Mechanism (CRFN) is being held today May 18, 2018 at the Montserrat Cultural Centre. The opening ceremony acknowledged the presence of members from the islands of Dominica, Grenada, Guyana, St. Lucia, Surinam and the host country Montserrat as part of the delegation to this meeting today. Also present is Mr. Milton Horton from Belize. The CRFM was incorporated in 2003 and made up of 17 member states.

One of the main purpose of the meeting today is to review the recommendations presented by the 16thMeeting of the Fisheries Forum held on April 16 and 17 here on Montserrat, and to adopt the policies in conjunction with their mandate which is to facilitate the responsible utilization of the regions fisheries and aquatic resources– that will be expected to be implemented within the region. 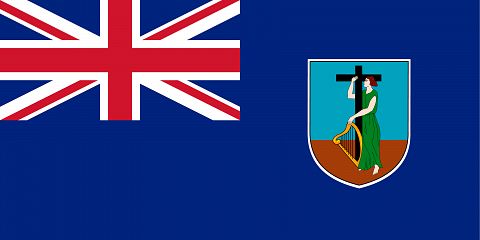 The Government of Montserrat presented its 164.8 million dollar budget for the fiscal year April 2018 to March 2019 under the theme ‘Advancing Our Journey to Self-Sustainability through Strategic Investments,’ from the Sir George Martin Auditorium on April 23, 2018. This Legislative Department has over a number of years, utilized the Montserrat Cultural Centre for its Legislative meetings.

The Debate will continue over the next two days in the conference room of the Montserrat Cultural Centre where the Ministers can now expound on their objectives and strategies for the upcoming year and where the opposition is likely to challenge some of the information presented based on previous year’s performance and the presentations to be made.