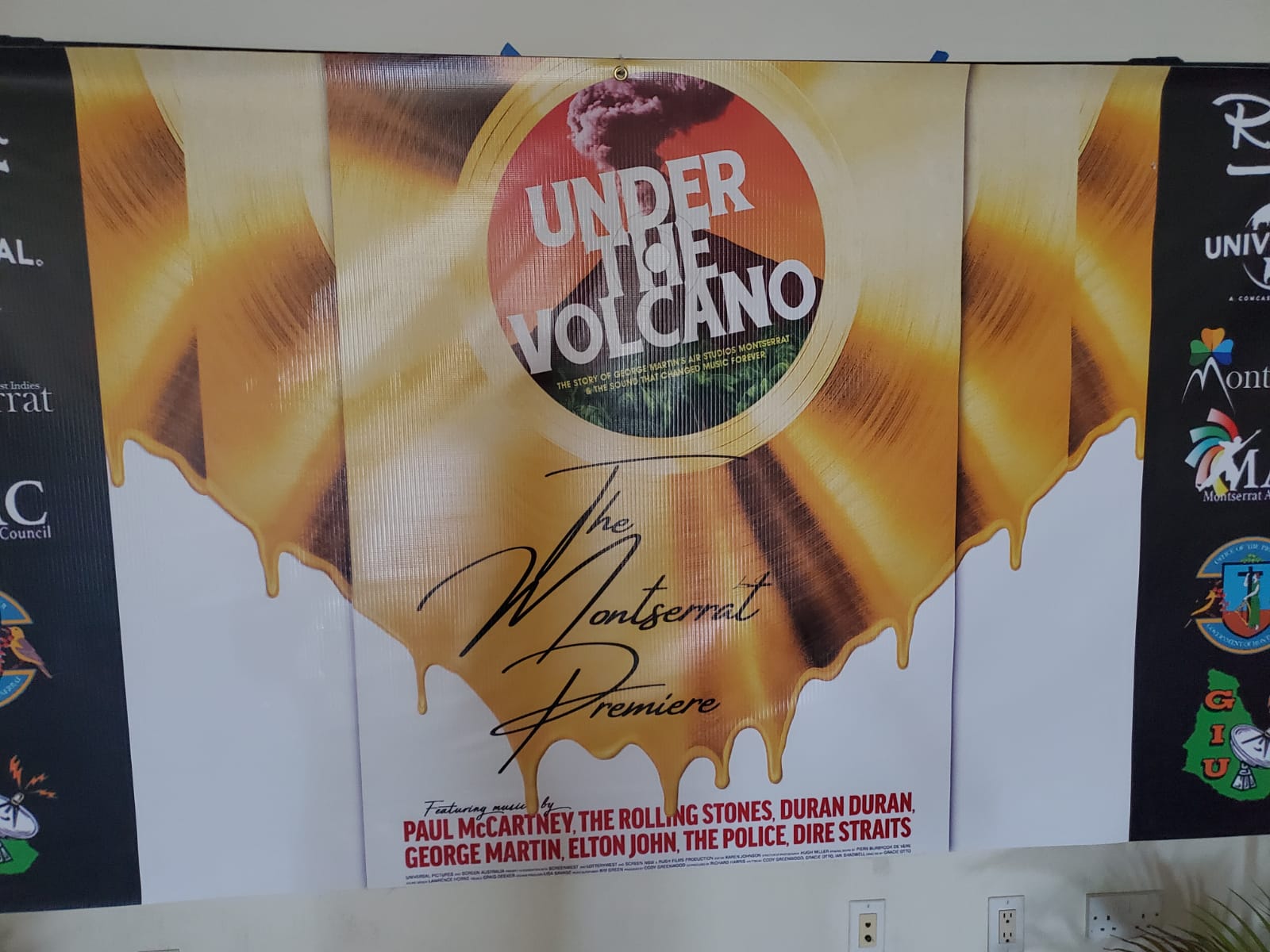 The Montserrat’s premier of the film Under the Volcano featuring George Martin– a great record producer, arranger, and musician happened on October 1 – 3, 2021. The first evening saw Government officials and persons from the private sector. The other two evenings were open to the public. The film highlighted the islands beautiful landscape with little snippets of its culture but mainly concentrated on the journey taken by Sir George Martin with the building of the recording studio known as Air Studios on Montserrat and the number great musicians who came and recorded in Montserrat. Some of these stars and groups included Paul McCartney, Elton John, Stevie Wonder, the Rolling Stones, the Police and Dire Straits etc. The movie was quite interesting not only because of the realization of great set of music which was recorded in Montserrat, but it was interesting to see how these musicians were able to blend in comfortably with the local community without any worry of security concerns.