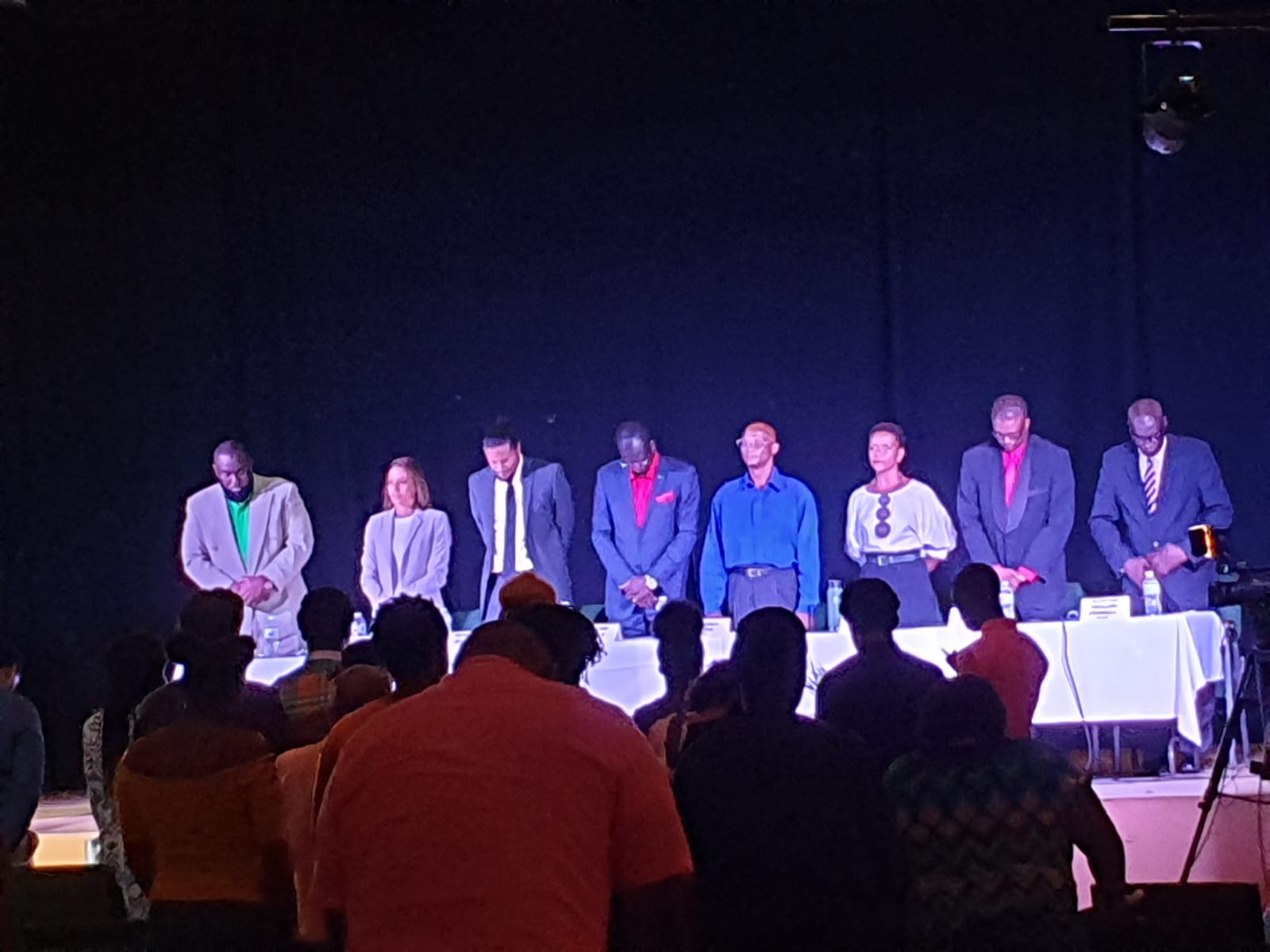 The Youth Parliament under the guidance of the Legislative Office hosted a set of Political Debates leading to the upcoming general Elections to be held on November 18, 2019. The final of the 5 debates was held in the Sir George Martin Auditorium at the Montserrat Cultural Centre on the 12thNovember 2019.  The debate brought together 8 candidates representing the current Governments party –The Peoples Democratic Movement -PDM, The Movement for Change and Prosperity – MCAP party, the Montserrat United Labour party – MUL, and 3 Independents on stage responding to questions posed by the local community and the diaspora.

The forum was streamed live to allow for a greater reach not only for the local community but for Montserratians aboard who have a keen interest in what is happening on the Island.

The Debates have been a welcomed addition to the campaigning period over the last two weeks as it gave each of the 35 candidates an equal opportunity to share their future plans for Montserrat.